The oldest brick and stone foundations in the country, dating from the 13th century, were found here. The Palace was renowned throughout Europe for its library and art collection. The first opera performances in Lithuania were also staged here in the 17th century.

It was demolished in 1801 and is currently being rebuilt. The end of construction is scheduled for 2009 in time for the celebration marking the millennium anniversary of the earliest known mention of Lithuania in written records.

The Palace will serve as a centre for official functions, cultural and educational events. The grand opening is scheduled to take place on July 6th 2009. 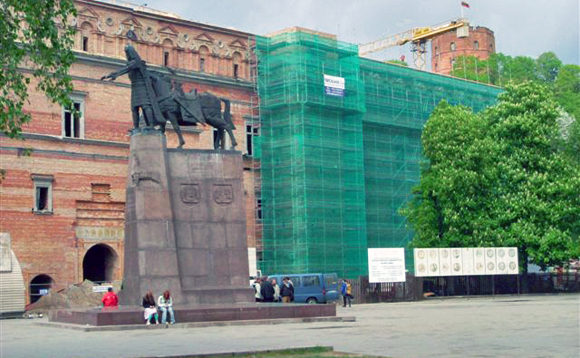