John Sisk was appointed as main contractor for the refurbishment of the Grosvenor House Apartments on Park Lane in London, transforming the building into a super-deluxe apartment hotel.

Other internal scaffolds included lift shafts and riser scaffolds along with roof top temporary roofs above the main cores. 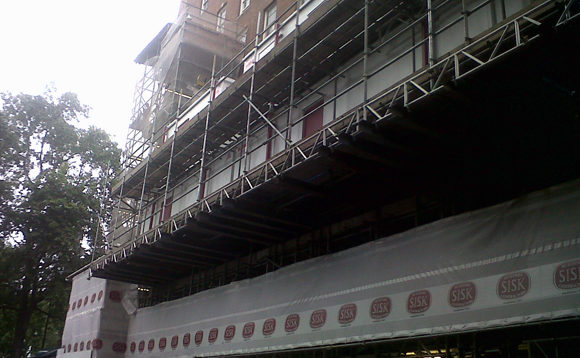