The Gaiety Theatre is a theatre on South King Street in Dublin, Ireland, off Grafton Street and close to St. Stephen's Green. It specialises in operatic and musical productions, with occasional dramatic shows.

Designed by architect C.J. Phipps and built in under 7 months, the Gaiety was opened on 27 November 1871 with the Lord Lieutenant of Ireland as guest of honour and a double bill of the comedy 'She Stoops to Conquer' and the burlesque 'La Belle Sauvage'.

The Gaiety Theatre has remained true to the vision of its founders in presenting the highest quality musical and dramatic entertainment. As Dublin's longest-established theatre in continuous production, the Gaiety triumphantly maintains its unrivalled presence as the city's premier venue for popular musical shows, opera, ballet, dance and drama.

The inspiration behind the Gaiety came from the energetic Gunn brothers, John and Michael, whose background was a family music business in Grafton Street. They engaged the eminent architect C.J. Phipps, whose original design in the manner of the traditional European opera house has given us the essential Gaiety, with its handsome Venetian façade, which is familiar to us all.

The Gaiety was extended by renowned theatre architect Frank Matcham in 1883, and, despite several improvements to public spaces and stage changes, it retains its Victorian charm and remains Dublin's longest-established, continuously producing theatre.

In 2003 the owners Denis and Caroline Desmond invested over €2.15 million in the biggest restoration programme the Gaiety Theatre has seen in over 50 years included the installation of an air conditioning system and new seating with increased legroom for improved patron comfort. The fruits of this enterprise may already be seen on the street frontage as well as inside. 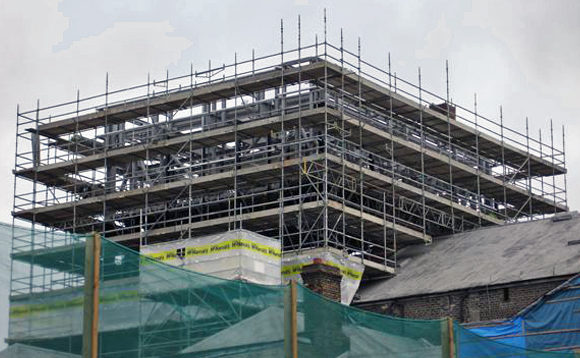