The £23.5m project comprises of 133 residential units in three separate buildings (blocks A, B, C), one of which is 25 storeys tall (Block A pictured above). Our remit includes the provision of scaffolding, twin and single passenger/goods hoist and mastclimbers to all three blocks. 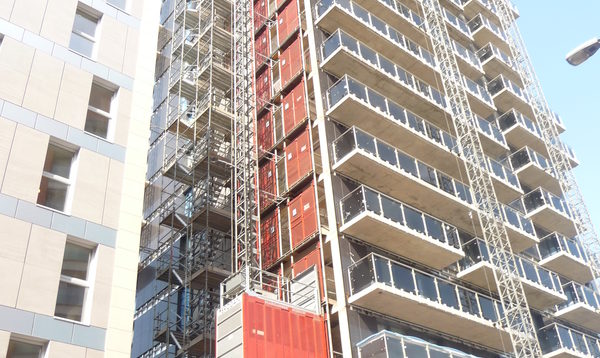