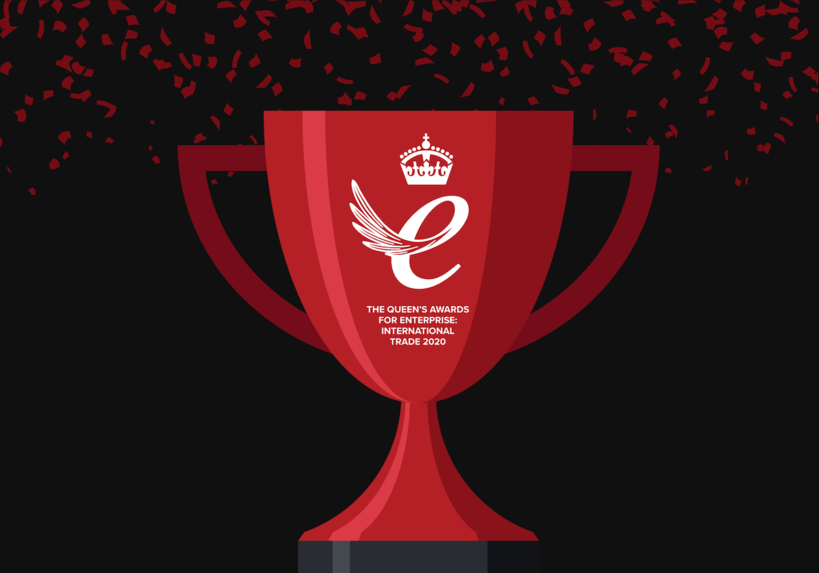 Brogan Group has joined an exclusive group of only 128 companies, by winning Britain's most coveted royal business prize , The Queen's Award, for its significant growth in international trade. The formal announcement was made on 21st April  from Her Majesty the Queen's office to mark her 94th Birthday.

The esteemed award recognises our company's significant performance in international trade and the contribution of that performance to the company's growth. During the period 2016-2018, the company experienced a staggering 158% international growth spurt, and by 2018, 37% of Brogan Group sales came from overseas markets. Innovation powers through the ongoing success of our company, which, by 2023, expects to see international sales account for almost 50% of our total activity.

The Queen’s Award tops a plethora of industry accreditations for the company, including The Sunday Times HSBC International Track 200 in 2019 and 2020, Finalist in the 2019 Construction News Access & Scaffolding Specialist of the Year category, and Balfour Beatty’s 2019 Safety Award.  Brogan Group’s attitude to safety, expertise and precision is also passed on to trainees via our company’s own dedicated training centre in North London, where we offer fully accredited construction courses.

The company’s entry for the Queen’s Award was personally supported by the Rt. Hon. Grant Shapps, MP (Secretary of State for Transport). Now in its 55th year, the Queen’s Awards for Enterprise include a remarkable and impressive alumni of previous winners e.g. J.P Morgan, iCandy, Veolia and Willmott Dixon.

The next ceremonial steps for the company include coverage in a special edition of the London Gazette, published in April, which will carry the names of all 220 winners. The London Gazette is the oldest English newspaper and is an official journal of record of the British Government. A Grant of Appointment ceremony will take place at Brogan’s headquarters later this year with the County’s Lord Lieutenant and local VIPs. The Lord Lieutenant is Her Majesty The Queen’s local representative and will present the Brogan team with a crystal trophy and the Grant of Appointment (personally signed by Her Majesty The Queen).

A tribute to our NHS and frontline workers.